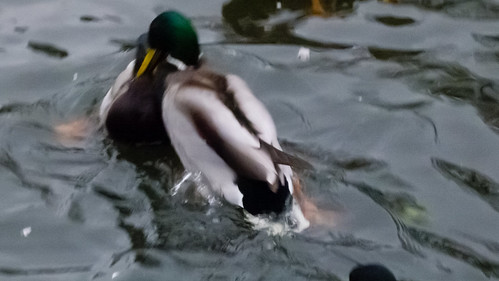 Among a large group of mixed waterfowl by the edge of West Park lake, a mallard drake started attacking another, confronting beak to beak. The aggressor forced the other bird into the water, then also jumped in. It then started aoother beak to beak assault on a third mallard drake. I got my camera out to take this picture just as it once again showed its dominance, forcing the retreat of its sceond victim.