All our canals continue beyond the city boundaries, and the Smestow Valley railway walk changes its name, heading out west to Wombourne and on to Pensnett.

Dudley has seven Local Nature Reserves, mostly in various former industrial, mining and quarrying areas where wildlife is resurgent, all of which are well worth a visit. 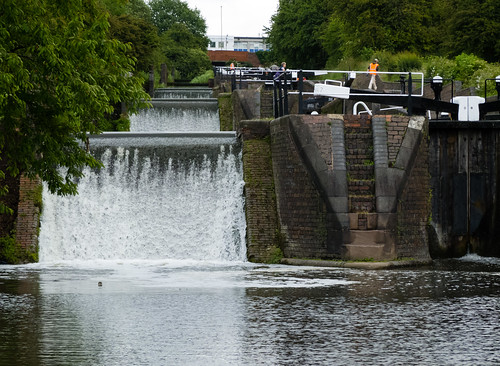 Sandwell is probably the Black Country borough which is most blighted by the industrial past of the region. But it does have an important wildlife oasis in the Sandwell Valley Country Park.

Birmingham is hardly a wildlife mecca, but the expanse of Sutton Park is well worth a visit.

Solihull is the leafiest borough in the West Midlands county. Brueton Park is a local nature reserve which is tagged on to the more formal Malvern Park, only a few minutes from the town’s main shopping area. The railway station is on the far side of the town centre.

Hampton in Arden had two reserves: There is a small LNR in wetland where the river Blythe is crossed by a medieval packhorse bridge. On the opposite side of the main line rail for London is the Marsh Lane Reserve (owned by the Packington Estate), developed from former gravel pits by the river. Access to this reserve is by permit only, with day permits available. I have not visited it.

A pleasant afternoon’s walk by minor roads and footpaths from Berkswell to Hampton stations passes through the public LNR. Pubs in each village also have beer gardens where it is possible to sit out and hear the birdsong on warm days.

In the nearer reaches of Staffordshire there are environments as varied as Kinver Edge, Highgate Common, Himley Hall and Baggeridge Country Park, and Cannock Chase. Belvide, just outside Brewood, is a feeder reservoir for the Shropshire Union canal. The bird reserve is for members of the West Midlands Bird Club. Links above for the club, and a dedicated blogger who gives daily reports on sightings at the reserve.

Wolverhampton city centre lies on the watershed between the Severn and the Trent. It’s possible to go along the towpath of the Staffs & Worcs canal: in one direction following approximately the course of the Smestow and then the Stour, reaching the Severn at Stourport; while the other direction more or less follows the course of the Penk and the Sow to cross the Trent on an aqueduct at Great Haywood. Both directions give good chances for spotting wildlife.

Somewhat further afield there are the Malverns, the hills of south Shropshire including the Wrekin and the Long Mynd; and the moorlands of north Staffordshire. All but the last are possible as day trips even for those of us who are dependant on public transport.