The axis of the Smestow Valley LNR is the bridlepath which follows the route of the former branch railway line. It starts by the entrance to Aldersey Stadium and goes as far as Castlecroft Road, where the route crosses the county boundary and continues as the South Staffordshire Railway Walk and heads out towards Wombourne, Himley and Pensnett. 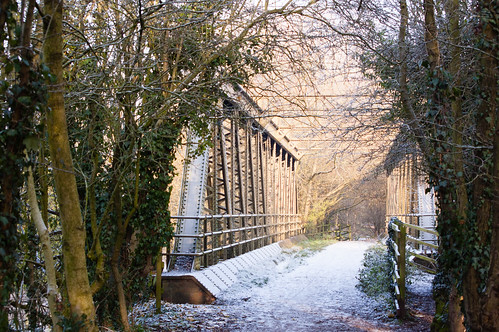 There are connections to the towpath of the Staffs & Worcs canal, to small woods, meadowland and scrub. The variety of environments are close to the leafy residential areas of the Tettenhall ridge and the open countryside of south Staffordshire, so the LNR supports a variety of wildlife. Of the Smestow itself, there are only rare glimpses.

The Smestow Valley LNR was previously called Valley Park – I am still trying to get out of the habit of using this name.

Northycote Park is again on the edge of the city. Northycote Farm is one of the oldest buildings in the city, dating from about 1600. The farm has an interesting selection of ancient breeds of farm animals and poultry. In the park there are a variety of environments: woodland, pasture, a stream and a pond. There is a tearoom.

Pendeford Mill LNR is an area of wetland in the valley of the River Penk just north of the city boundary. Again there is a variety of environments. Because of the sensitivity of some of these environments, all visits to this LNR have to be booked in advance. Look out for the reserve’s annual open day one weekend during summer.