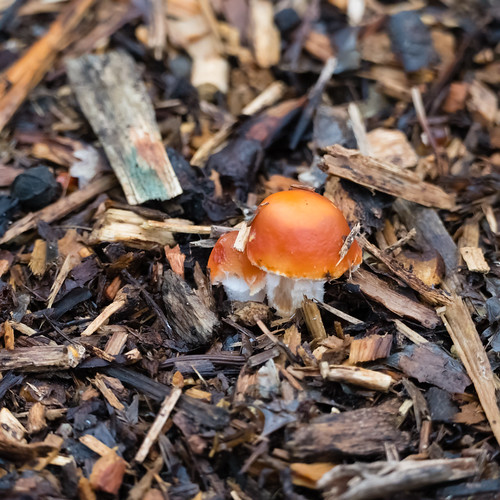 Redlead roundheads, like many fungi can be seen from summer onwards but peak in the autumn “fungi flush”. Most often found on wood chip mulch: they are an imported species, first recorded in Britain in 1957, but now quite common. These distincitibve little toadstools, with pale stems and bright red or orange caps, probably originated in Australia.