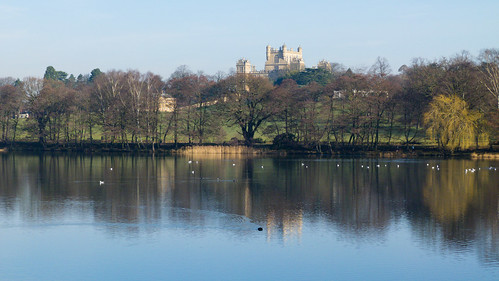 Views across the lake at Wollaton Park, Nottingham to Wollaton Hall in its dominant hilltop position. 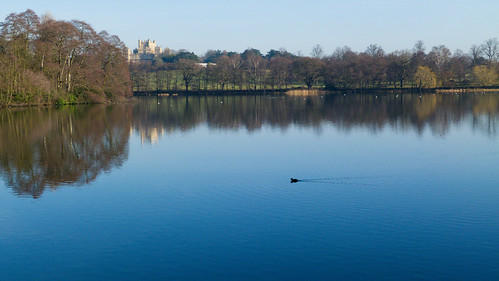 It’s about five miles from Nottingham city centre. The park, encroached by housing and a golf course compared to the glory days when an entire village was wiped away to create it, is now one of the city council’s public spaces. The lake attracts waterfowl. There’s herds of red and fallow deer. Extensive woods managed for wildlife are again a haven for birds, and are also well-known for fungi in the season.

The hall is now the venue for some of the city’s museums, including a Natural History Museum.