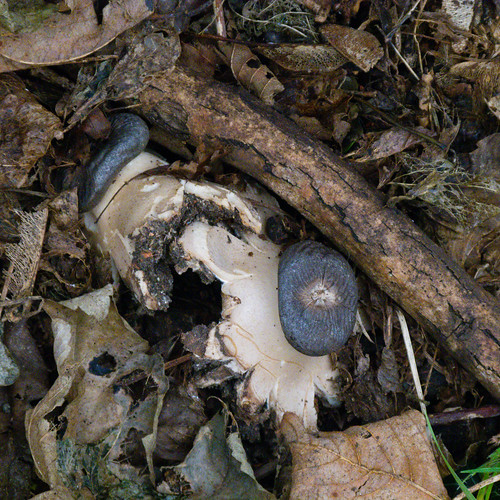 Crowned earth stars (Geastrum coronatum) by the canal towpath at Compton. The tow fruiting bodies with the pale “crowns” were detatched from the ground, and had shifted position between two visits a couple of days apart. They may have been knocked over by someone walking or jogging by; a dog, or one of the badgers from the sett which has a series of entrances there.

Two other fruiting bodies were harder to spot, and were still sending out their masses of spores.

This distinctive fungus is on the Red List of Endangered species. But these are the third set of them I’ve seen along a couple of miles of the same canal path. Previous sightings at Compton and at Wightwick. Both of these were in the winter of 2013 / 14, and I’ve not seen them again in those spots.