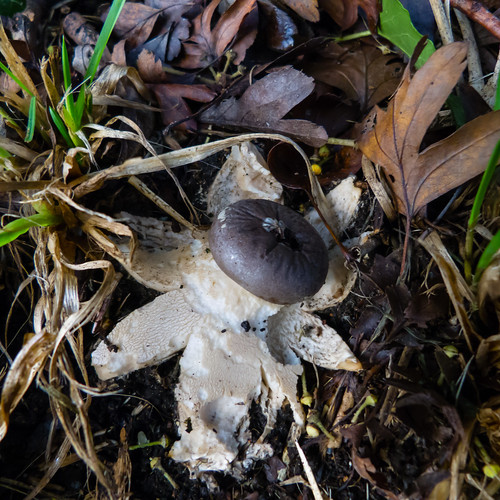 Another of the earth star fungi, unusual both in appearance and frequency, seen on a short walk along a towpath just before Christmas. A small group of these were growing near Compton. 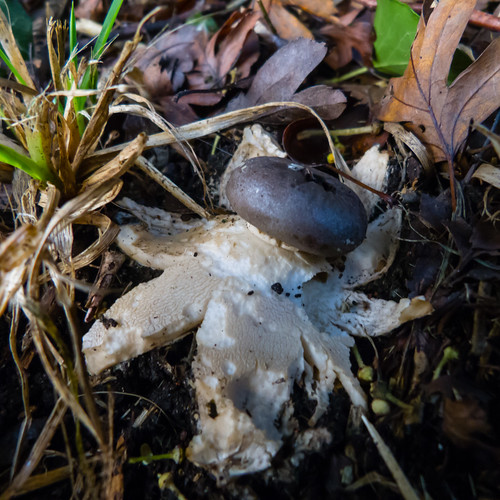 Despite its very striking appearance, this rare species doesn’t seem to have an English name. Crowned earth star fits its appearance as the apparent inspiration for elaborate royal headgear, and is my guess at the meaning of its Linnaean name, Geastrum coronatum, and also its name in French, Géastre couronné.