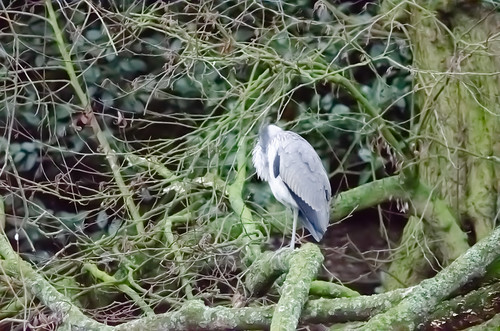 When the birds stick around in the daytime, they normally arrange themselves on the shore of the island in such a way that they are studiously avoiding looking at each other.

These two were on the same fallen tree overhanging the water, for once exchanging glances rather than looking in opposite directions. Could this be the beginning of courtship behaviour? A young adult pair nested and successfully raised a chick late in the 2016 breeding season. The nest then was only a few yards from where these two are. There was no sign of heron courtship in 2017 or 20198.