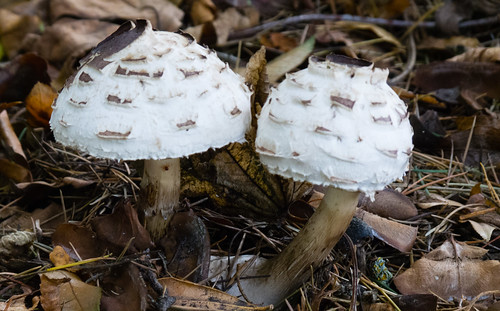 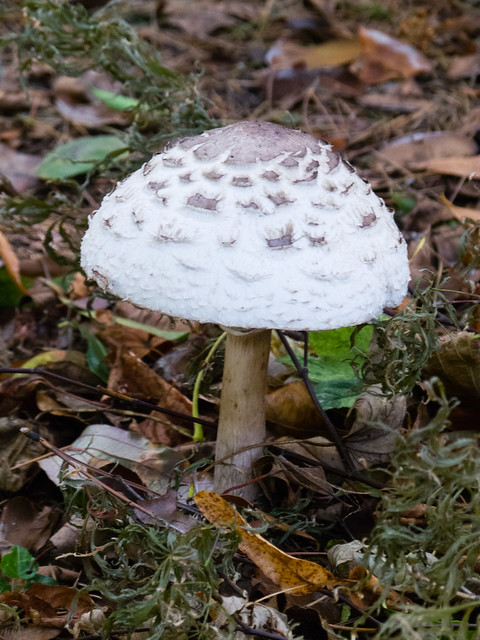 The brown “shaggy” substance on the cap is remnants of protective coating. 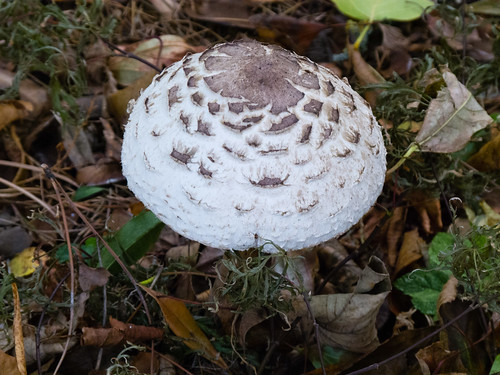 There was a troop of these fruiting bodies near to Southgate in West Park, between twenty and thirty, at a spot they regularly pop up at this time of year. When I saw them they had, so far, escaped kicking down because they were hard to see under low branches. 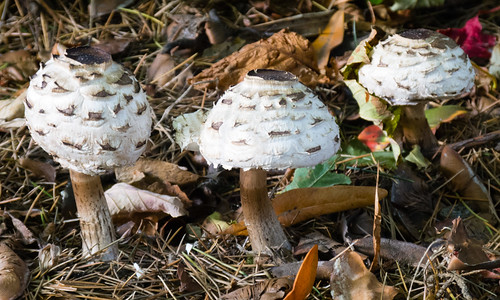