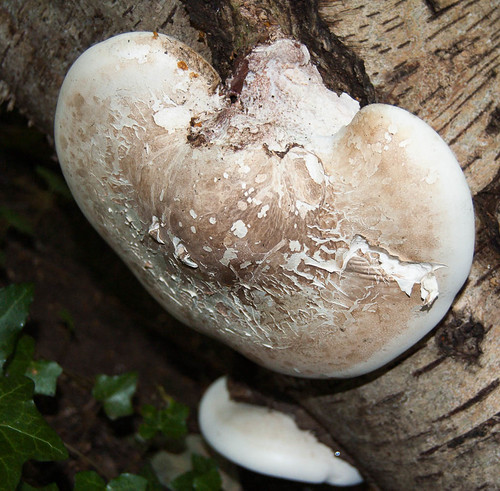 This is a common fungus which grows directly from the trunks of birch trees.
The specimen here was one of many fruiting bodies growing from a fallen rotten birch in a former railway cutting in Valley Park. Possibly the rot was caused by this fungus, which is responsible for the loss of many birch trees. 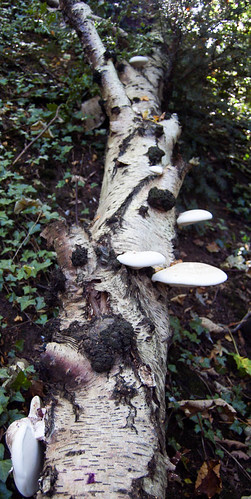 This fungus is also known as the birch polypore. It was pure white when it first appeared a couple of days ago. The visible parts can survive for up to a year, gradually getting more darkly brown.