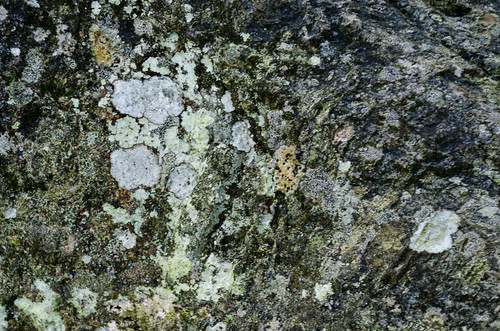 The erratics featured in the previous post have a rich crop of lichens growing on them: an indication that the air there can’t be very polluted. This is one patch of the lichen on the largest stone. 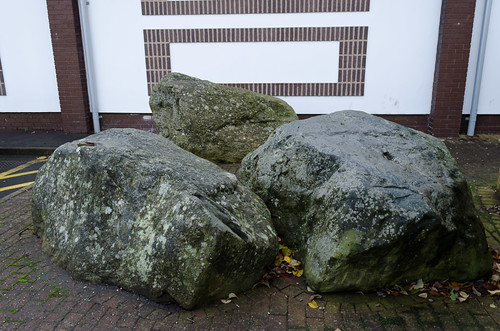 Three large erratics which have been tidied away to a quiet corner of the car park of the Aldi supermarket now on the site of the former Fighting Cocks pub. 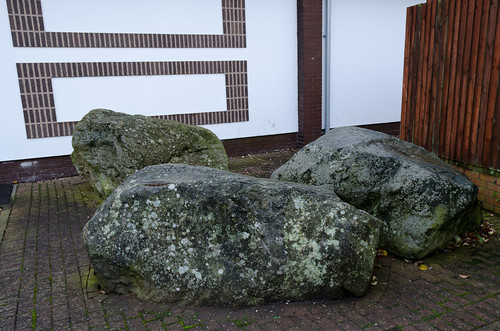 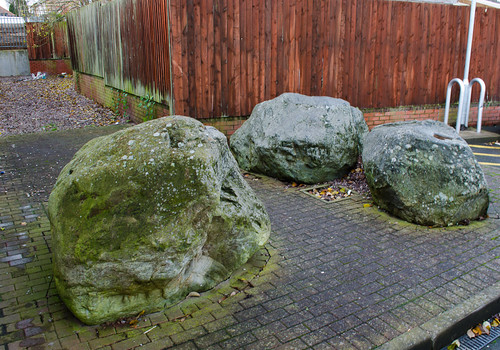 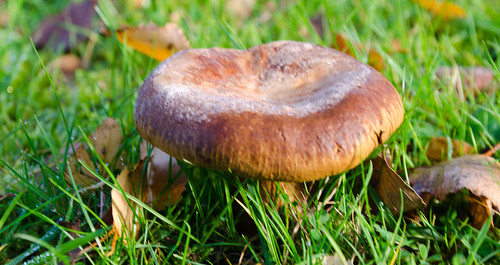 A common mushroom which can appear pretty much any time in the second half of the year. Brown roll rims have a mutually beneficial relationship with many types of trees. The underground section interpenetrates with the roots of the host tree. The fungus uses the tree as an energy source, and in return gives up minerals which it has got by breaking down dead organic matter in the soil. 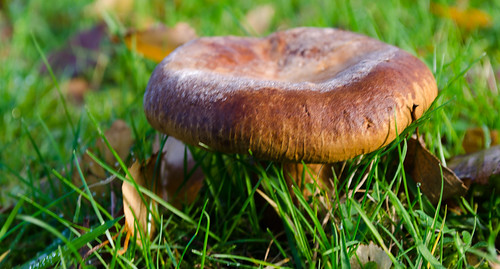 The funnel shape of the cap is often more pronounced than in these specimens. 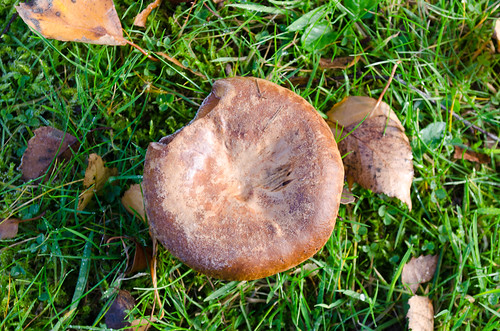 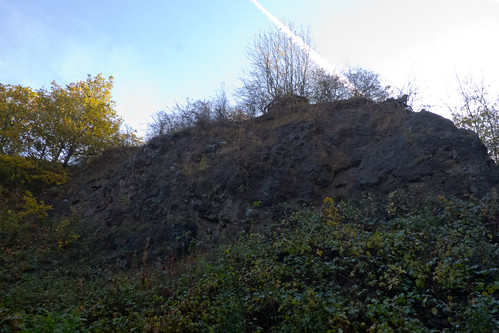 Two of the exposed, partially overgrown, rock faces on the former quarry on Barrow Hill, in the LNR of the same name in Pensnett.

The quarry was for a hard rock of volcanic origin, diorite, which is a form of basalt. Dudley Council  market Barrow Hill as the “Dudley volcano” (it erupted300-odd million years ago).

Diorite was also quarried just across the borough border in Sandwell, where the Rowley Hills were the source of Rowley Rag. 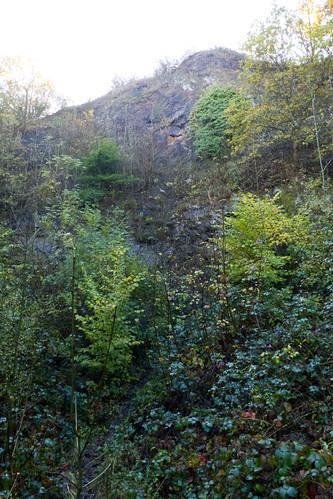 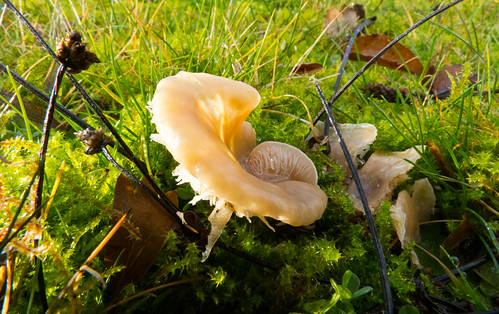 Like yesterday’s mushroom, these waxcaps have a viscid surface because they are moistened by the melted frost from the previous night. They were growing in the same patch of mossy grass as that mushroom. 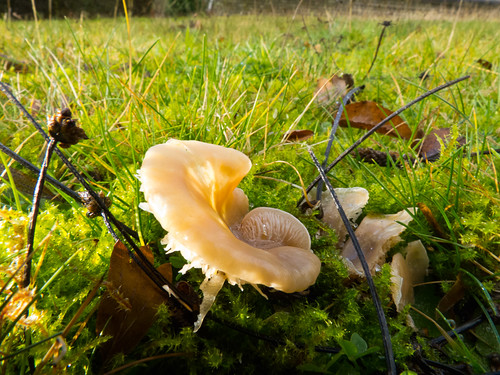 The pictures were taken during December’s cold spell, not the current one. 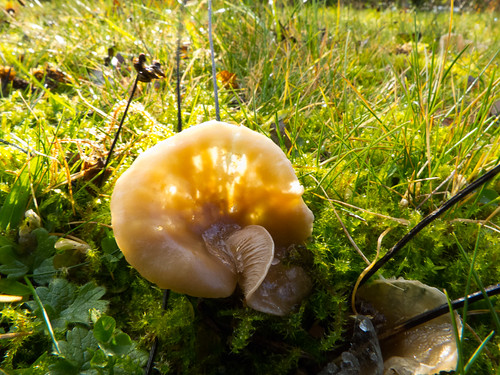 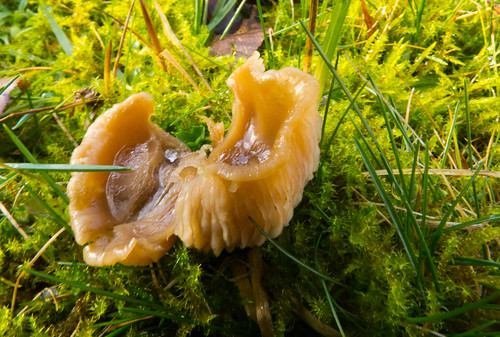 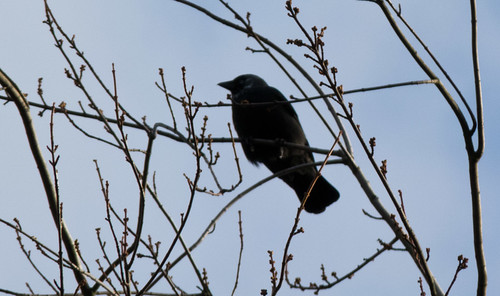 Members of the crow family tend to be sociable birds. These pictures are of about half of a flock of jackdaws. Two members of the flock were also featured eating alongside gulls a couple of days ago. 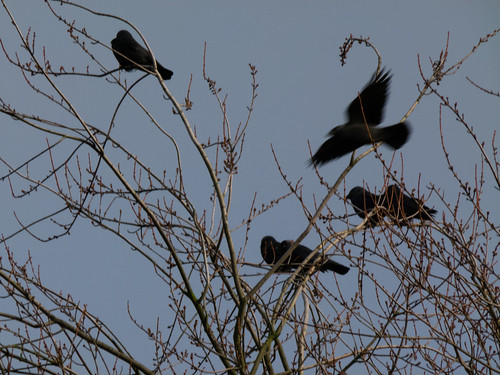 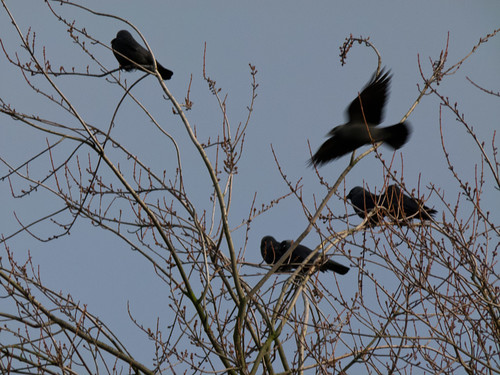 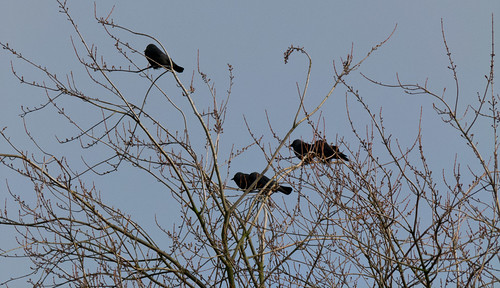 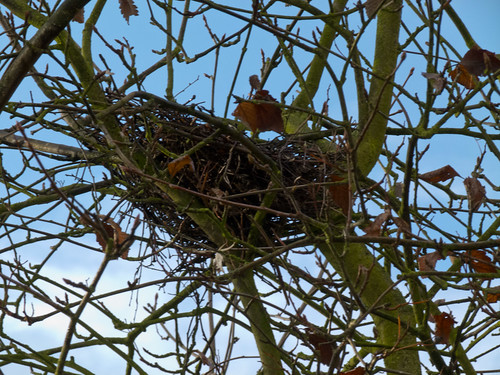 My guess is that this is too small to be a squirrel’s dray, so that it is a bird’s nest in an oak tree. I wasn’t going to stand around in sub-zero temperatures to find out if something came along to use it.

Another in the continuing series of mushrooms which are so tiny they can only be spotted by close inspection of the short grass in which they are growing. This one was glistening with water formed by the melting of the frost which had settled on it the previous night. 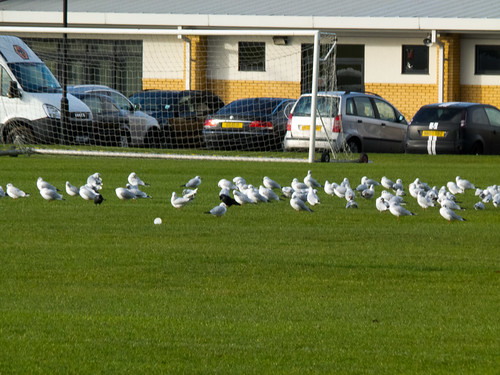 This feeding party of black-headed gulls had a couple of jackdaws as hangers-on. They were spending an unworried Sunday using the Wolves training ground as a dining area; secure in the knowledge that I was the other side of the fence. 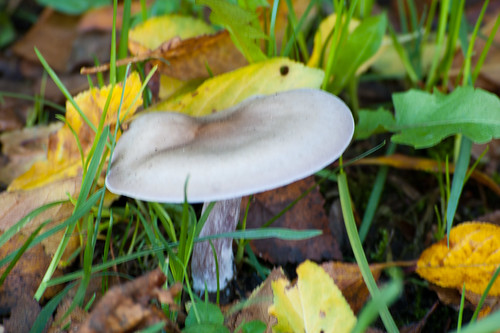 I’m not very sure of this identification. This mushroom was all on its own. Clouded agarics normally grow in a ring. Pictured mid-November. 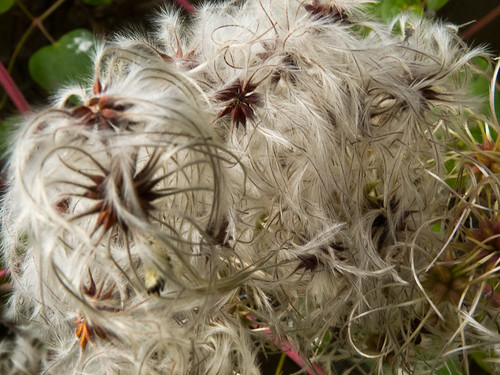 The “beards” are feathery structures which develop as the seeds ripen (top and bottom pictures).

These pictures of seeds at various stages of ripeness were taken at the same time, and are of seeds on different branches of the same plant, a garden plant which is escaping over a wall. 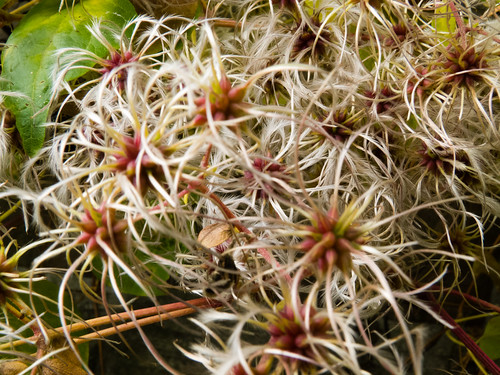 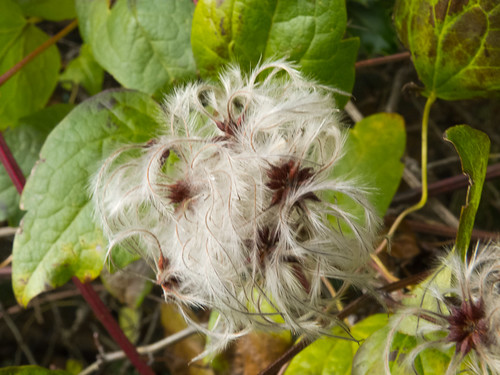 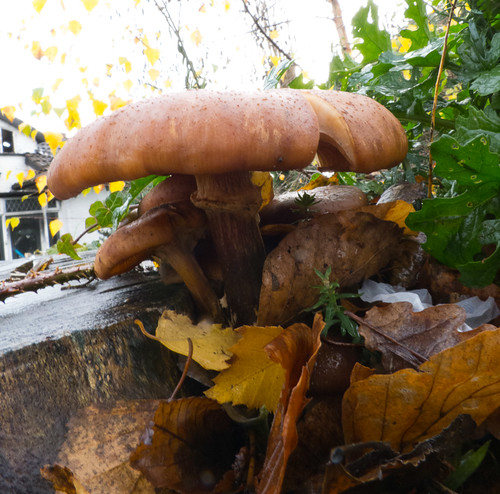 Close-up views, complete with street litter, of some honey fungus. This is a common parasite of trees. It is often found on tree stumps, as here. 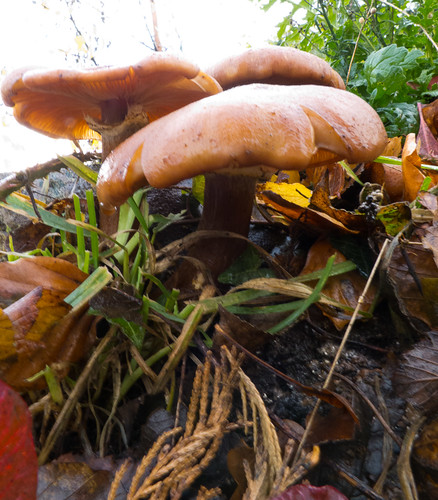