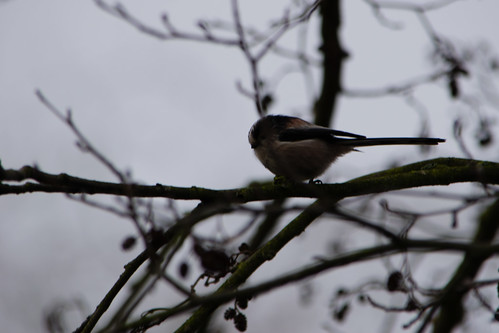 One of a small flock of long-tailed tits which were moving round rapidly in in an alder tree by the West Park boating lake. 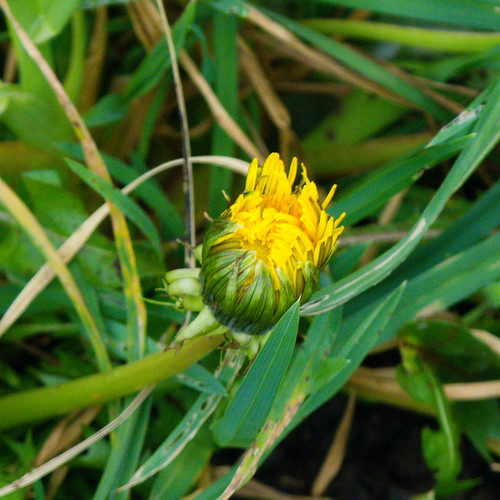 The year’s first dandelion, or at least the first one I noticed. Growing on the Doxey Marsh Nature Reserve. 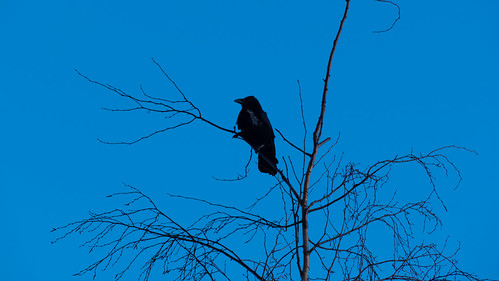 Small group of Sedgely Beacon carrion crows which landed, one to a tree, on the slender tree tops of a small birch plantation. 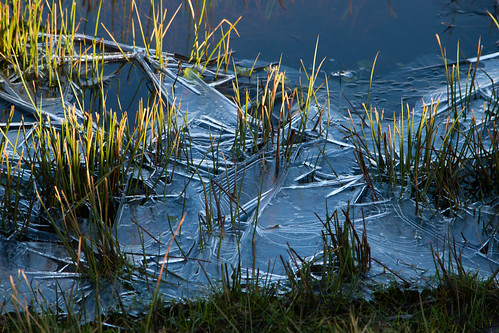 Icy margin of one of the pools formed by a widening of the brook through the nature reserve by the i54 industrial estate. 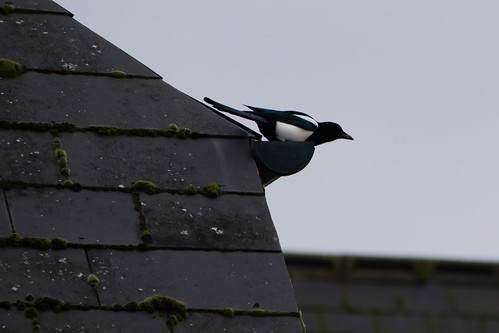 Magpie in some guttering at the edge of a roof, poised ready for take-off. 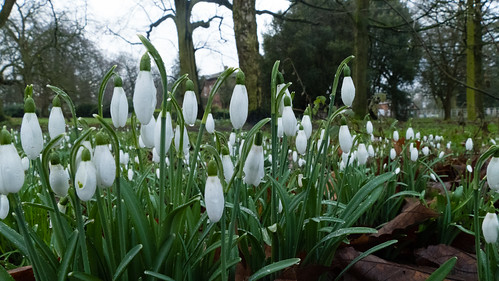 Winter flowers opening in January – clumps of snowdrops from Bantock Park, and one clump from a small island in the Wom Brook at Wombourne. 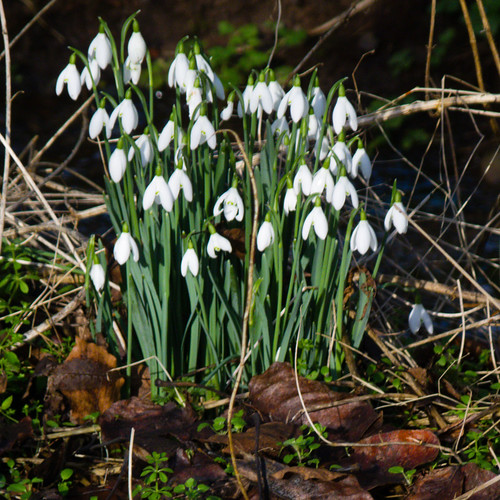 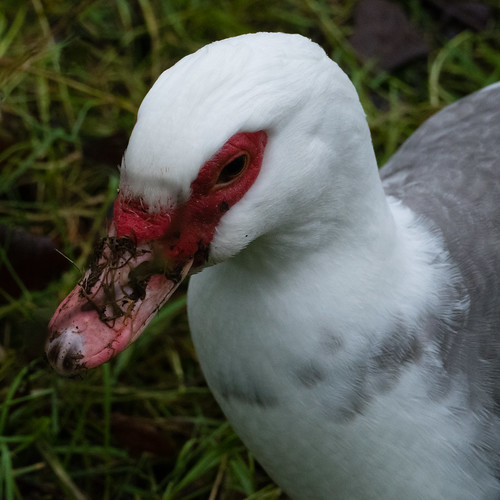 Muscovy ducks at Mary Stevens Park, Stourbridge. I counted seventeen birds, moving round and spread out, so I might not have included the complete set. 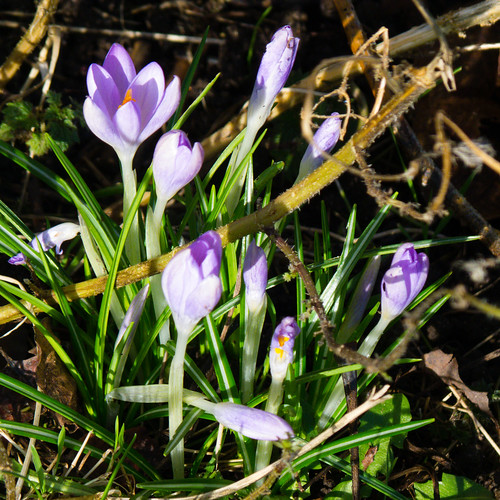 Winter flowers beginning to open in late January. These purple crocus were in the Wob Brook Nature Reserve, Wombourne. 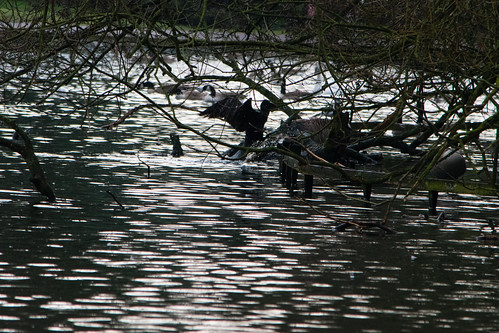 Further shots of the young cormorant which paid a visit to West Park. After its brief swim in the boating lake, it came ashore on the island under the shelter of trees. it used its tail for extra support when stepping ashore, turned to face the water, spread its wings to dry them, then carried on watching for fish. I took my eyes off it briefly: when I looked back it was gone. 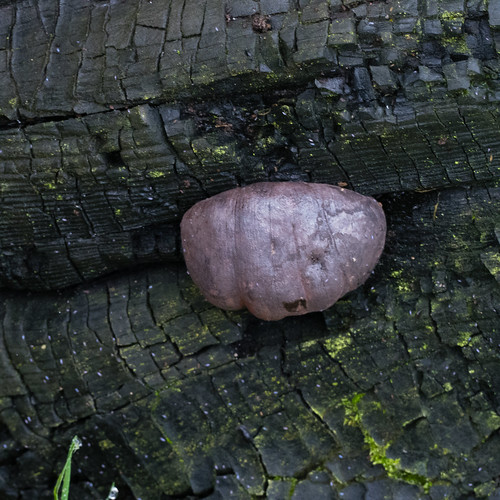 A fallen log in Bantock Park. It’s been there for some time, and is now slowly decomposing, aided by fungi living off it. At some point, vandals must have burned something by it, leaving charring on the surface. Now that surface is supporting what get called the coal fungus. To emphasise its burnt appearance even more, it’s also called King Alfred’s cakes. 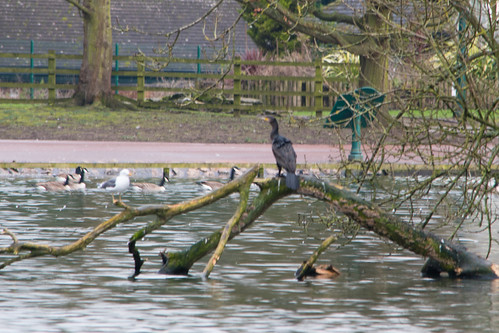 Young cormorant on the lookout for fish in the West Park boating lake, then swimming after diving. Spotted in the last week of January. 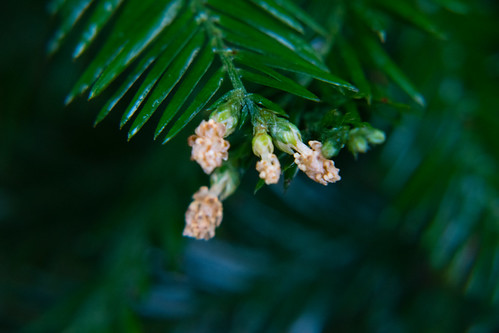 Flowers on a female yew tree by the lake in West Park. These were out by mid-January. 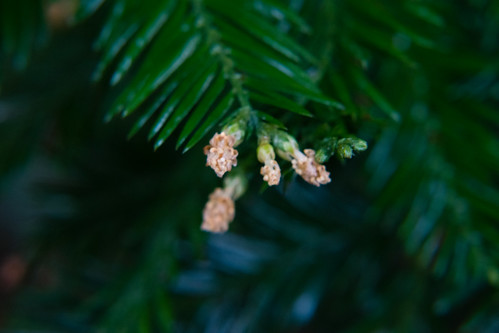