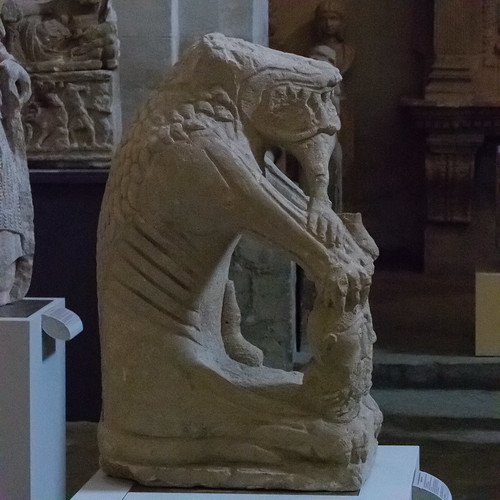 I first saw this statue probably some forty years or so ago. It was then in a large hall in the Papal Palace in Avignon, among many stone or wood carvings of religious subjects which had been gathered from churches in the area. 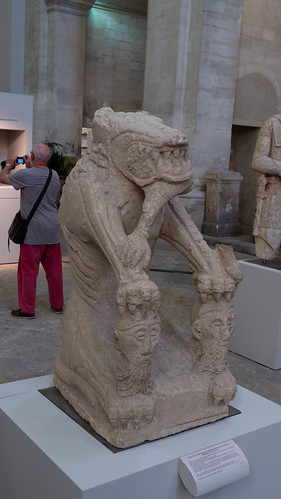 It was labelled as a tarasque – a mythical monster which had terrorised the stretch of the River Rhone between Avignon and Arles until it was tamed by St Martha. 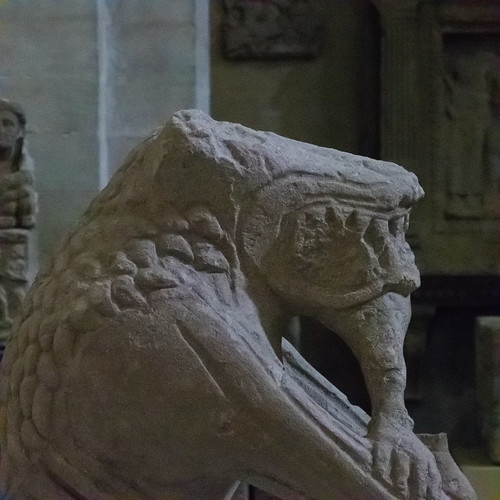 The statue has now been moved to be a centrepiece of a museum of sculpture elsewhere in the city. Its labelling now says it is not a tarasque (indeed it doesn’t correspond to the description). It pre-dates Christianity, and pre-dates the Roman conquest of Provence. It is now described as representing a Celtic monster, portrayed in the act of eating a man, symbolic of Celtic beliefs of death and rebirth. So here it is as an alternative to the usual old year / new year symbolism as the old gaffer with the scythe and the baby. 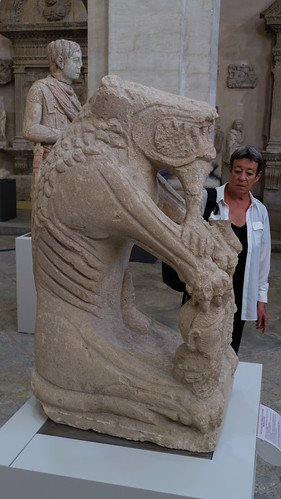