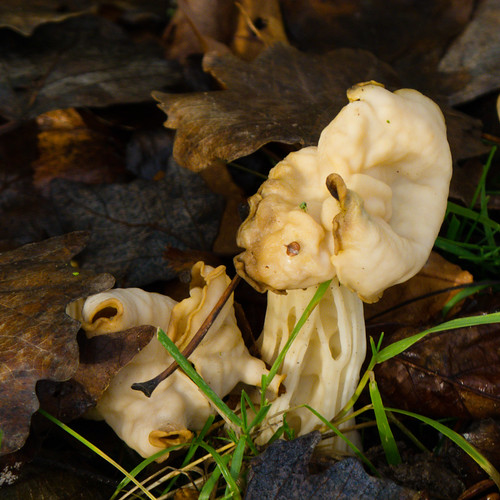 White saddle fungus, also called elfin saddle fungus or the common helvella. Lots of fruiting bodies growing under trees by the footpath round Perton lake. Described as frequent or common in field guides, but these were the first I had ever seen. Apparently their preferred habitat is beech woods, themselves not particularly common in the west midlands.