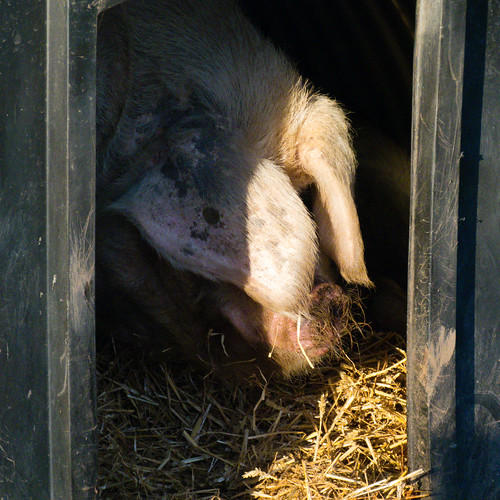 The Gloucester Old Spot boar at Northycote Farm recently. From a distance I could see him wandering all round the pig enclosure. As I approached, he retreated to the sty, where he stayed with just his ears and snout still catching the sunlight. He was still in the same position when I returned some time later after a stroll thorugh the wood.