The strong winds brought down most of the leaves before really gaudy autumn colours developed this year.

Here the more distant trees, oaks, are still holding on to their leaves, which have mainly been stripped from the nearer trees. 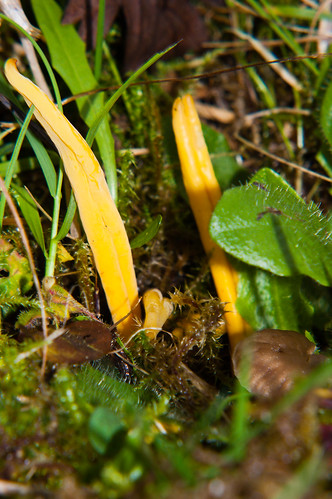 Another tiny fungus which looks nothing like the traditional toadstool shape. 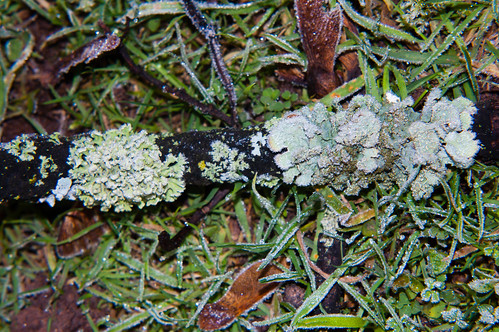 Lichen encrusted with the first frost of the winter: above on a branch brought down by some of the recent heavy winds. Below on one still on a bush. 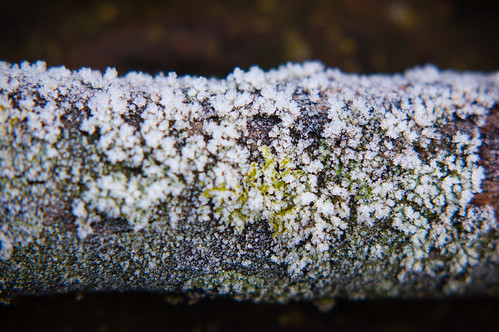 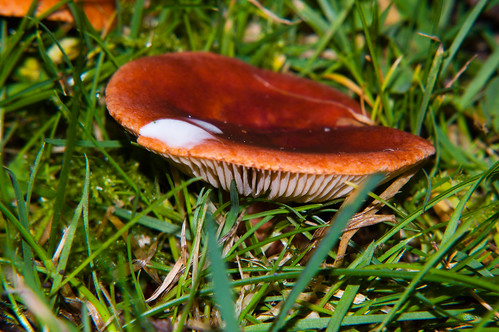 Milkcaps are a group of toadstool species which produce a fluid when the cap is injured in any way. In some species, such as this, the fluid is white, and looks very like milk.

I had just lightly brushed this specimen while clearing away a bit of debris to get a clearer view. The result: a copious amount of “milk”. 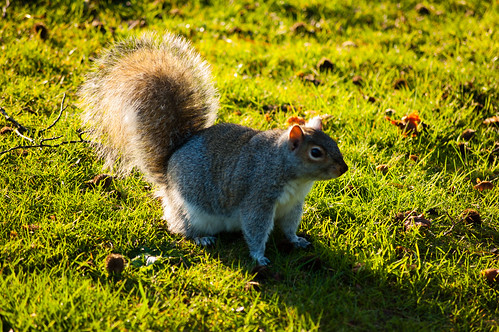 This squirrel’s tail seemed to be glowing as it was lit from behind in the late afternoon sunlight. 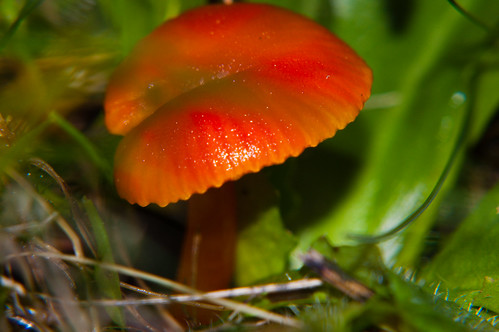 These tiny and brightly coloured mushrooms can easily escape notice even in shortish grass.

After heavy rain their colour washes out from red to yellow. 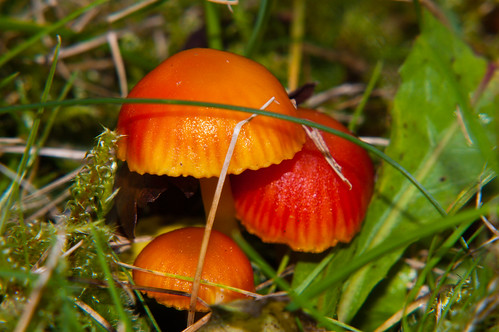 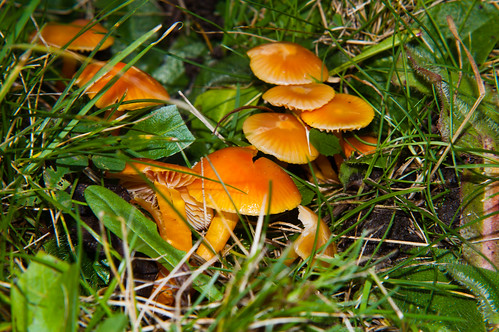 Moorhens normally appear to have a completely black plumage with streaks of white on the wings and tail.
The low angle and brightness of the sunshine when this picture was taken have shown up the blue tint in the bird’s dark feathers. 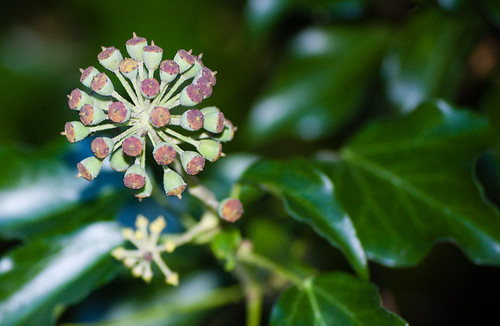 These ivy seeds are beginning to ripen. Others are already black as a sign they are fully ripe. 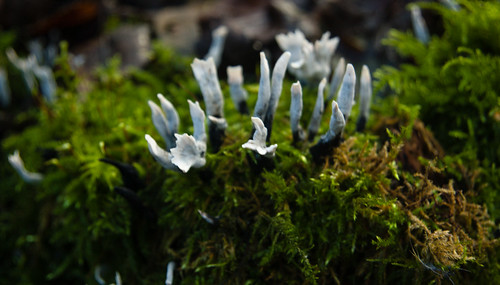 Appears like small white shoots on rotting wood In fact, black at the base, then grey, becoming white and most visible towards the tip – supposedly similar to the wick of a candle which is no longer burning. 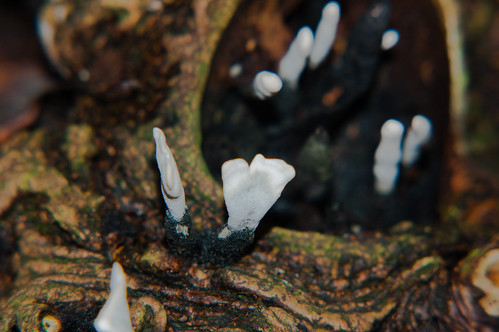 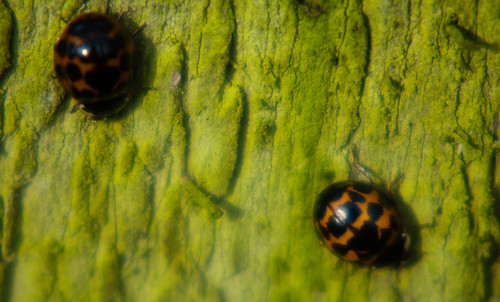 Two harleqin ladybirds on a fence post. They are showing some of the rich variation in appearance of this species. 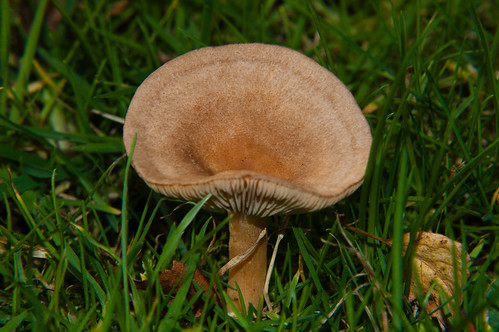 Lactarius mammosus is another mushroom without a common English name. The title here is a rough translation of its German name: Dunkler Duftmilchling.

It is a milkcap, one of a group of species which exudes a fluid which can look like milk if it is damaged.
This species also smells of coconut. 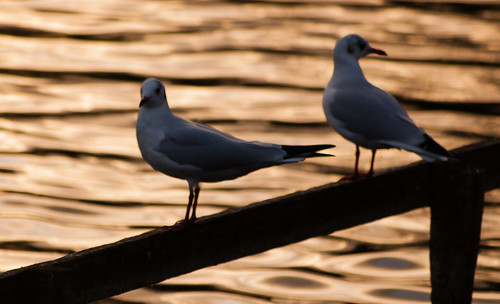 Black-headed gulls are the type of gull most often found inland. 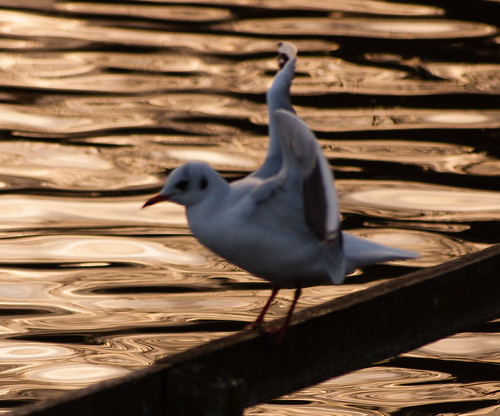 As these pictures show, the name can be misleading.

For most of the year, their heads are white. The black heads are only on the adult birds during the breeding seasons. Even then, the colour is actually a dark chocolate brown which looks black in most lights.

These gulls had landed on the rail around the boating lake in West Park as they kept one beady eye on the people feeding the birds.