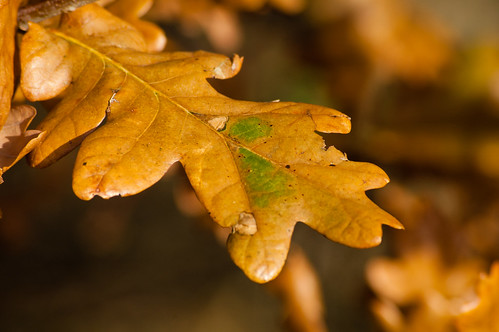 More colours of autumn: oak leaves still on the trees at the end of November, when most other trees had long shed theirs. 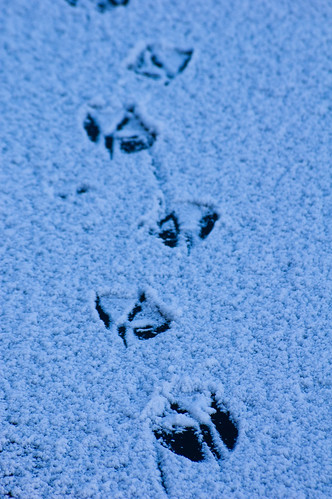 Spot the bird species from the footprints left in the first snow of the winter. Pictured are those from a pigeon, a canada goose and a coot. 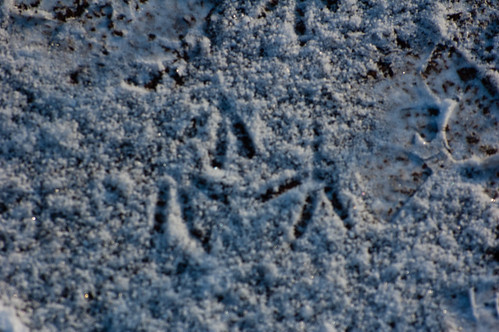 The water bird prints were on the snow lying on the ice on the lake at West Park; the pigeon prints on the lake bank. 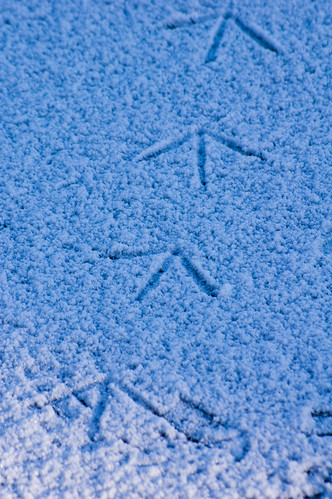 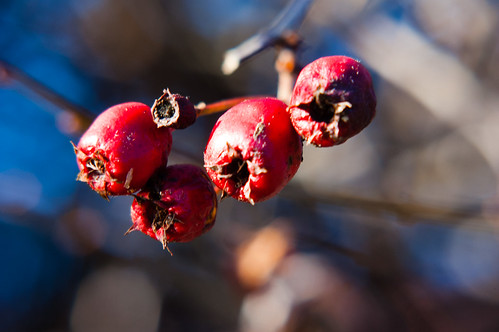 The fruits of the hawthorn are edible, should anyone wish to go to the trouble of making a jam, jelly or homemade wine out of them. 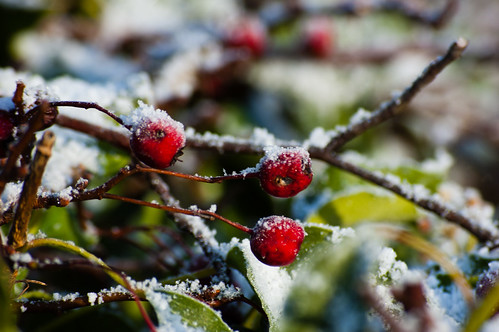 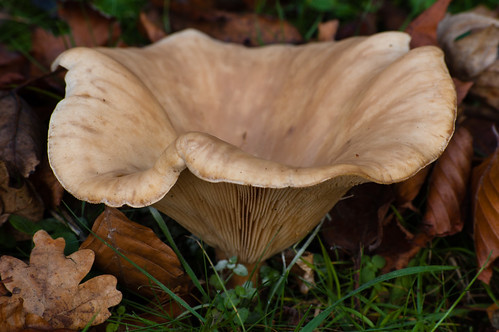 One of several related species of mushroom whose caps take a form similar to a funnel. 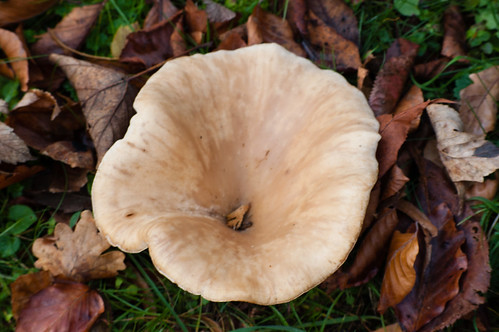 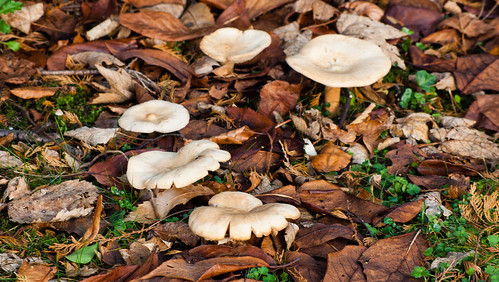 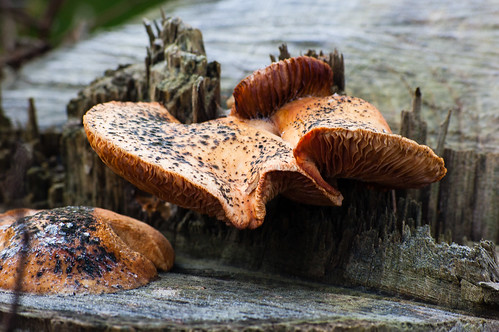 This mushroom is growing on a tree stump by the Bridgnorth Road. 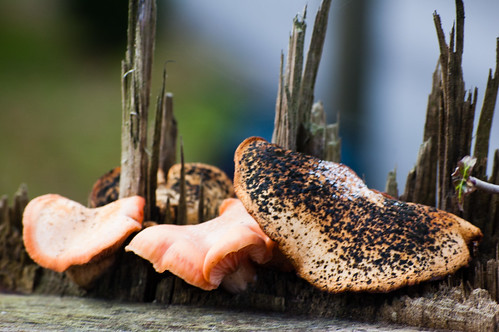 The black flecks must be splashed up by the passing traffic. 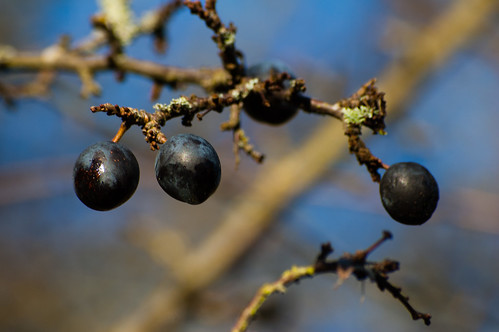 These berries, on the same bushes as the posts earlier this autumn, are now making their final colour change to black. 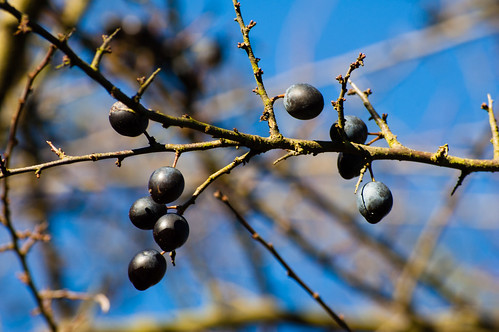 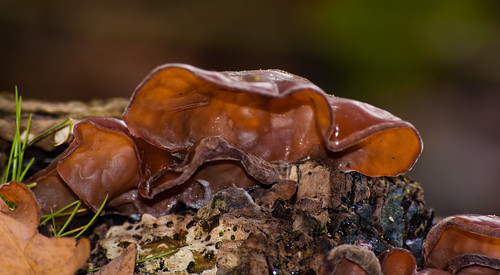 Described as in the title in recent field guides, but as Jew’s ear fungus until recently. This itself was from an original name as Judas’ ear fungus. 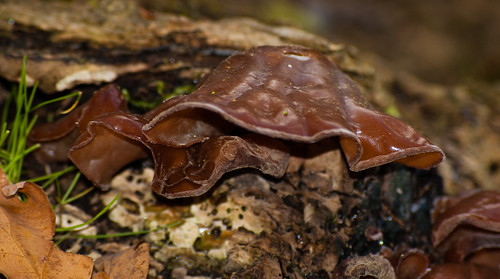 The name derives from the slight resemblance to a human ear, and its habit of growing on elder trees. According to folklore, the elder was used by Judas when he hung himself.

Video of Canada geese, ducks and coots on the boating lake at West Park, Wolverhampton, the morning after the first light fall of snow. 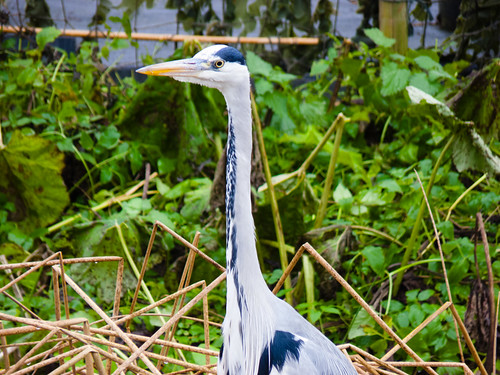 This heron, whose pictures were taken within minutes of the one featured a few days ago, was standing calmly in a patch of reeds a couple of hundred yards further downstream on the canal that the other. 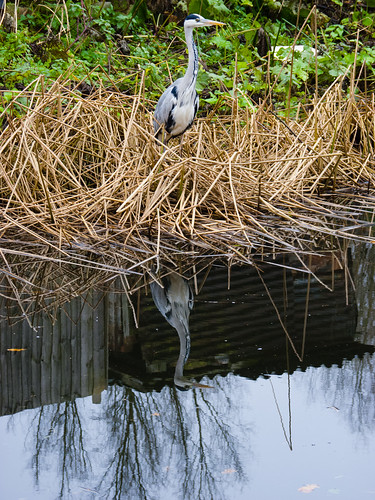 It gave no sign of wanting to take flight to avoid the disturbance on the other bank. 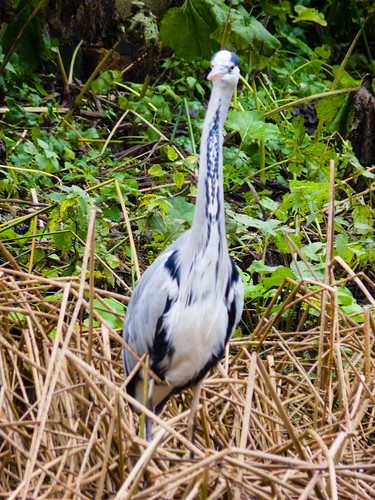 A cross goose looks like it is drinking a lot of water as it swims on the partially frozen lake in West Park, Wolverhampton. 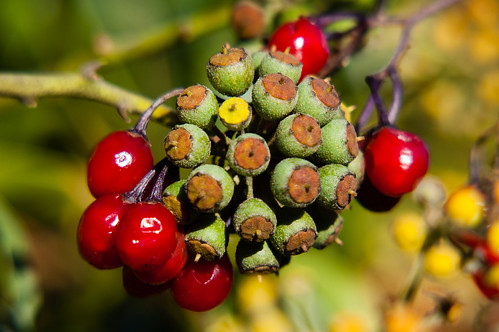 These ivy and woody nightshade berries have become intertwined, looking like the result of a weird genetic modification.

Video of geese, moorhens, coots and a mallard on the rapidly freezing lake in West Park yesterday.