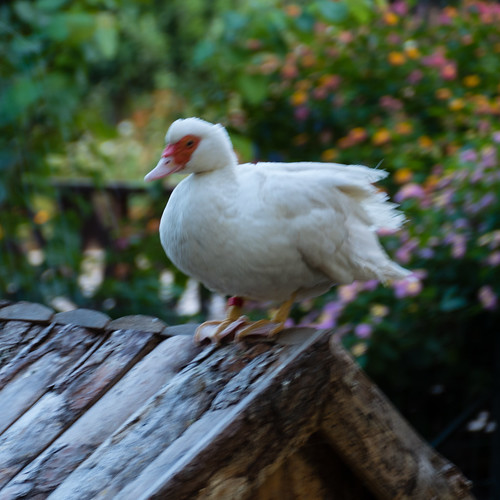 The small civic park in Cassis near Marseille had a little pool with a resident population of mallard and mallard cross ducks. They were accommodated in an island duckhouse by a fountain. One afternoon, a muscovy duck, not a resident, appeared ensconced on the roof of the duckhouse, taking a shower in the water of the fountain as it looked down on the mallards below. A little later it had disappeared again.