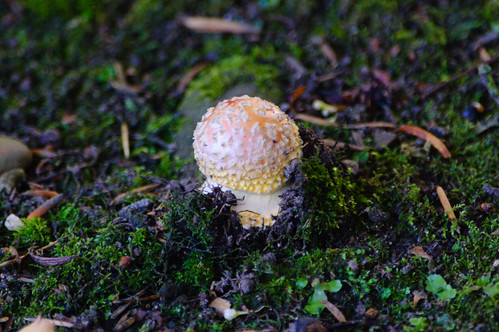 Lone fly agaric toadstool I noticed at the start of this month, growing in the grounds of Compton Hospice right by the main road. December is a little late for mushrooms of this species.

It was only when I got home and compared the pictures that I realised there had been any growth at all.