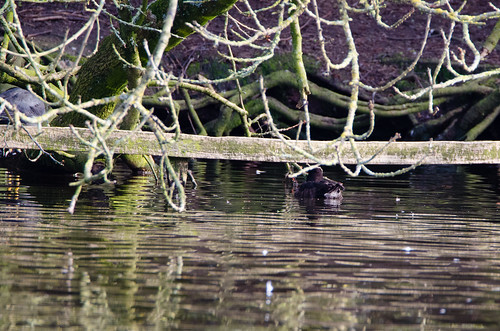 Some of the time, the West Park ferruginous duck showed itself clearly. At other times it was hard to catch even a glimpse. 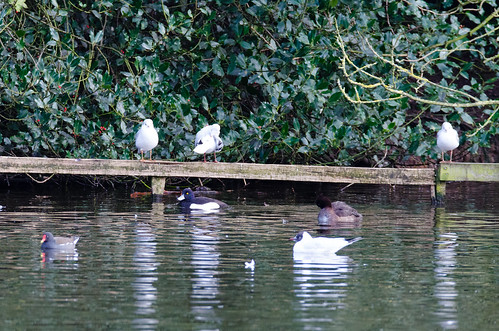 Here it was hanging out with a group of tufties as usual, but sticking close to the island. It was behind the protective railing, and under the overhanging branches. Just occasionally, it would emerge for a few secods while it needed a little more space to preen, then head back to cover.