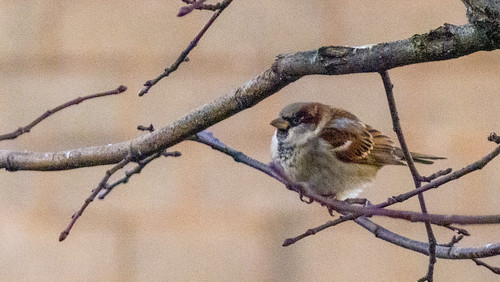 To celebrate a tier 4 Christmas Day, strolled to the city centre to try to get some pictures of the resident starlings. But they weren’t cooperating. They were around, but only visible as occasional glimpses in the distance.

Someone had left grain for birds on a footpath near the market. No sign of starlings though that is one of their regular haunts. But a flock of house sparrows were there, eating and socialising in nearby bushes, unworried by human presence.