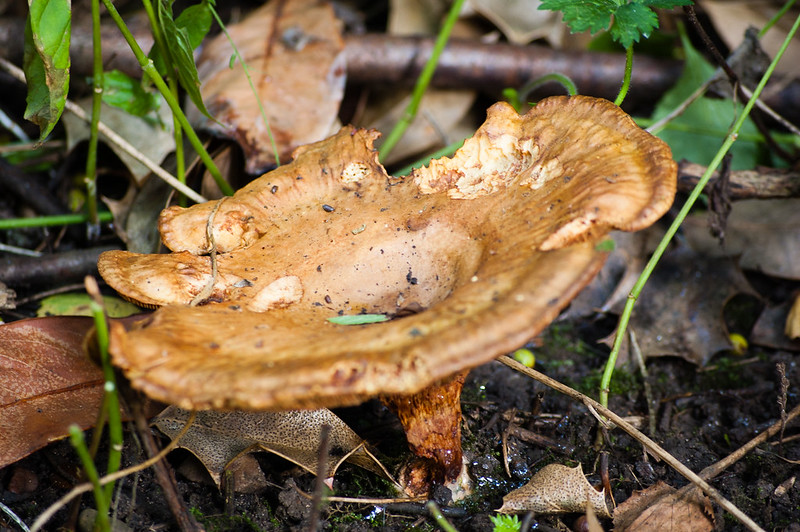 A mushroom which used to be eaten in some parts of Europe. More recently it has been realized that it can have worse effects that causing gastric upsets in some of those who eat it: it can occasionally prove fatal.

Presumably the fungus does not have the same effect on whatever small creatures have been nibbling at this specimen. 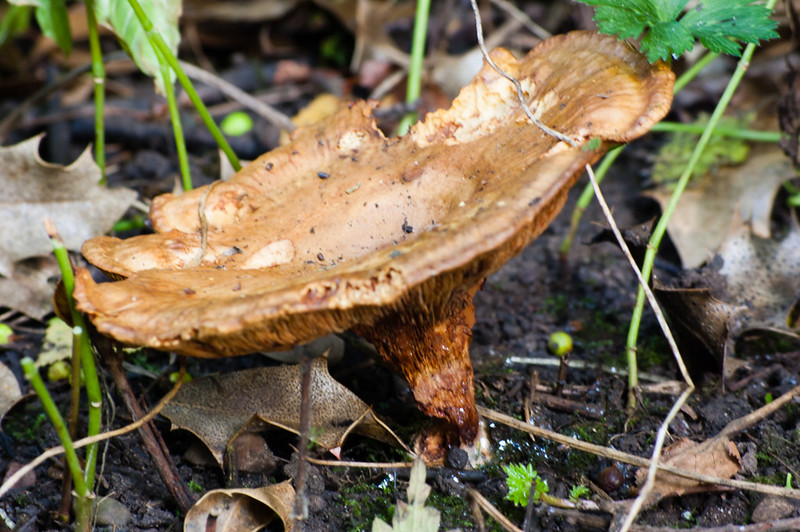